The College of Arts and Sciences (CAS) offered the Bachelor of Science in Nursing (BSN) program in Cavite State University in SY 2002-2003 as per approval of the BOR Resolution No. 57, s. 2001 under the supervision of the Biological Sciences Department (BSD) headed by Dr. Yolanda Ilagan.  With the initial enrollees of 240 students, the first year of implementation of the program was successfully completed through the expertise of the current faculty members of the BSD and part time medical doctors who were handling General Biology and Human Anatomy and Physiology respectively while other faculty members of CAS took charge of the General Education courses/subjects.

In SY 2003-2004, the newly-hired Nursing faculty members took care of the Clinical courses/subjects for sophomores. With an increasing demand for nursing and health care-related jobs abroad, the BSN population increased to 764 in SY 2004-2005 with additional Clinical Instructors facilitating the Clinical/Related Learning Experiences (RLE) in affiliated hospitals in Cavite. Still under the supervision of the BSD headed by Dr. Mila Cueno, a total of 13 faculty members with teaching load ranging from 28 to 32 contact hours per week were hired to accommodate the growing population of BSN students.

Among the programs handled by CAS, the Bachelor of Science in Nursing acquired the highest enrollment equivalent to 15% of the total figure in the main campus, which is also highest in the university system.

This was followed by the offering of a four-year program in Bachelor of Science in Medical Technology. The first year of implementation of both programs was successfully completed through the expertise of the current faculty members of the BSD and part time medical doctors who were handling General Biology and Human Anatomy and Physiology respectively while other faculty members of the CAS took charge of the General Education courses/subjects.

In October 18, 2005, a separate College of Nursing with a number of full time faculty members/clinical instructors headed by its first designated dean, Prof. Lenila A. de Vera, RN, MPH and Prof. Nenita B. Panaligan, RN as Clinical Coordinator to effectively manage and accommodate the College of Nursing as per approval of the Board of Regents Resolution No. 48, s. 2005.

For indeed, from an insignificant beginning to the College’s current status as being one of the biggest in the school community, it has grown to be one of the finest among state universities. The College continued to upgrade its quality of education by producing competent nursing graduates, provision of state-of the-art facilities for instruction and research purposes for students as well as faculty members, recruitment of highly qualified faculty members and establishing good and strong affiliations with various government, private hospitals and health centers. The Diploma of Midwifery Program was officially turned over to the College as one of its offering.

In April 2006, Prof. Elenita A. Mariano, RN, MAN was designated as the new dean of CoN, with Prof. de Vera designated as Associate Dean and Prof. Ma. Angeles Lim as the designated Principal of Midwifery department. There were 48 Nursing students and 3 midwifery students who successfully completed the requirements for graduation and were considered as the first alumni of the College.

In June 2006, Prof. Nenita B. Panaligan was designated as Officer-in-Charge of the College for one semester. There were 1049 BSN program enrollees and 48 Midwifery students during the First Semester. Successful passers of the NLE among the first batch of graduates gave the College recognition as rank 1st among the Nursing colleges and universities in the Province of Cavite and among SUC’s in Southern Tagalog Region. The Midwifery Department continued to work on the recognition status of the Midwifery Program.There were 24 and 3 faculty members in Nursing and Midwifery Program respectively.

During the start of second semester AY 2006-07, Prof. de Vera, as Dean continued to realize the vision and mission of the College. There were 908 BSN enrollees and 55 Midwifery students enrolled to the program. The masteral program, Master of Arts in Nursing (MAN), was also proposed and was approved for its offering in coordination with the Office of Graduate Studies as per BOR Resolution No. 73, s. 2007 in August 11, 2007.

In June 2007, the BSMT Program was officially transferred to the CoN for supervision and management with Prof. Adelaida Sangalang as the designated Chairman of the Institute of Medical Technology. The Department initially has a faculty contingent of 3 and an enrollment of 5 Medical Technology students.

After five years of operation, the College also prepares for accreditation of its BS Nursing program for AACCUP Preliminary survey. Self-survey of the program was conducted on November 2007.

Eventually, with the University’s desire to answer the needs of the society, CON is preparing the proposal to offer the Doctor of Medicine Program and Physical and Occupational Therapy Program.

Our graduates have started to pave their own different paths toward the achievement of their personal and professional goals. The reputation that we have created is starting to reap rewards in terms of easy job placements and positive feedback from the different affiliating agencies and institutions where we also have established good camaraderie and professional relationship.

As success ultimately comes from hard work, perseverance and hopes, the College will continue to conform within the University’s thrust to choose and have the best and brightest. The good news is that we have more or less attained stability in terms of recognition, facilities, programs and outreach. However, our fear in failure has put more challenges for the College to perform much better by doing more than what it has already done.

UP Mindanao benchmarks at CvSU – CSPEAR As part of UP Mindanao’s expansion to effectively fulfill its mandate, they have identified their Department of Human Kinetics (DHE)to be elevated into a college. 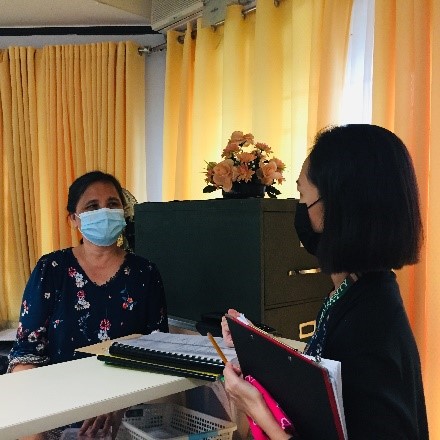 Cavite State University (CvSU) and University of the Philippines (UP) Diliman recently signed a Memorandum of Agreement (MOA) on a collaborative project entitled “Development of Integrated Mapping, Monitoring, and Analytical Network System for Manila Bay and Linked Systems (MapABLE).

In support of the implementation of Department of Science and Technology – Science and Technology Information Institute’s  (DOST-STII) Science and Technology Academic and Research-Based Openly Operated Kiosks or STARBOOKS, which contain hundreds and thousands of digitized science and technology resources in various formats (text and video/audio) set in a user’s friendly interface, DOST- Provincial S&T Center (PSTC) Cavite conducted training on the use, operation, and maintenance of the system for the staff of the Cavite State University – Main Campus Library on 22 July.

The new set of officers of the CvSU Federated Faculty Association (FFA) was sworn into office during the University Academic Council Meeting on 21 July via Webex. The oath of office was virtually administered by Dr. Hernando D. Robles. The officers will serve the FFA from 2021 to 2023. 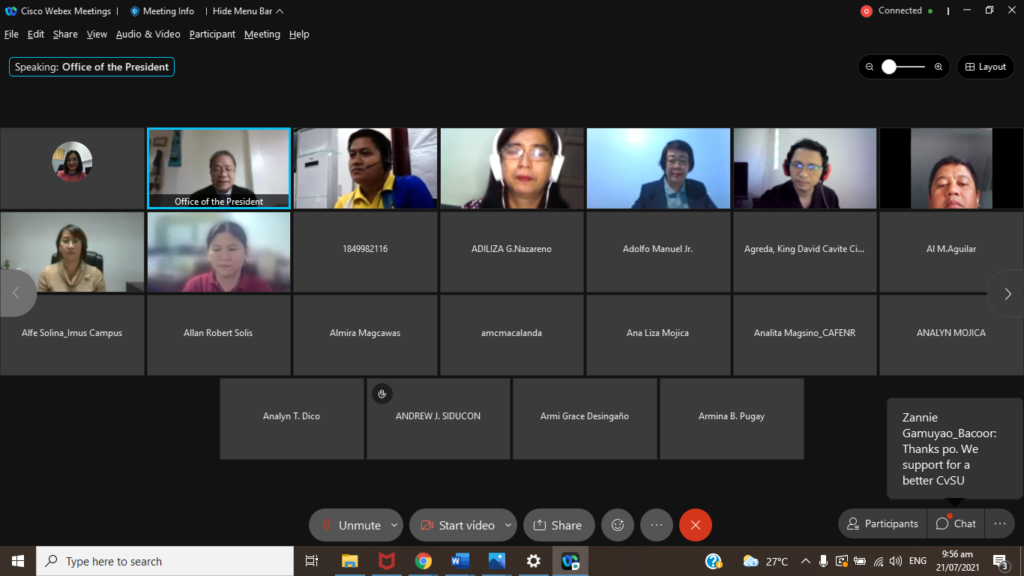 Graduates from the College of Nursing posted 94.44% overall passing performance in the July 2021 Nurse Licensure Examination. The national passing rate is 64.65%.

All but one of the successful examinees are first time takers.

To showcase its research, extension, and business activities, the University launched its Agri-Eco Tourism Park (AETP) on 15 July.

Representatives from Aurora State College of Technology (ASCOT), particularly from the Public Information, Publication and Data Protection Office (PIPDPO) and Gender and Development Office, visited the Main Campus on 13 July 2021. 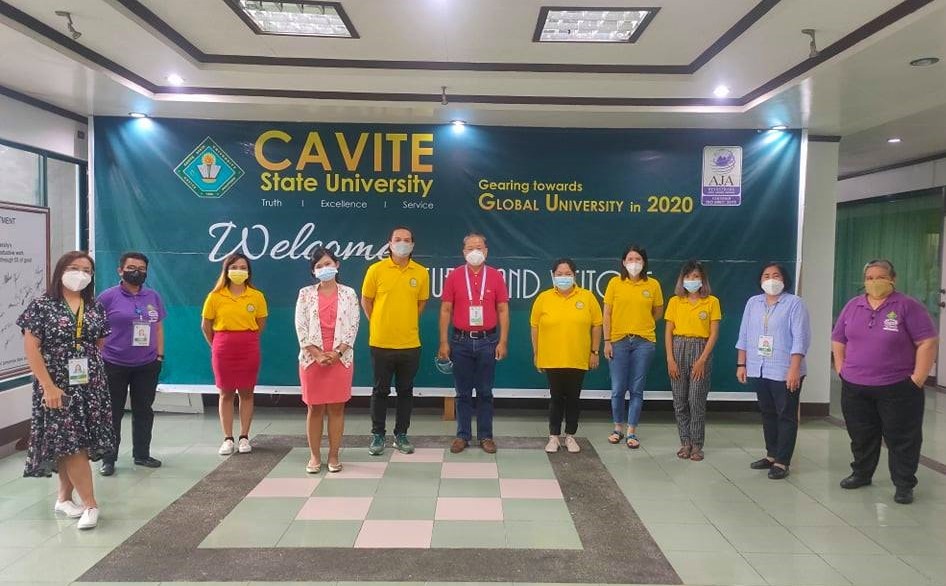 Dr. Hernando D. Robles presented the proposal for the establishment and operationalization of a Level 1 Community Hospital to the Sangguniang Bayan (SB) during their 28th Regular Session on 12 July 2021. 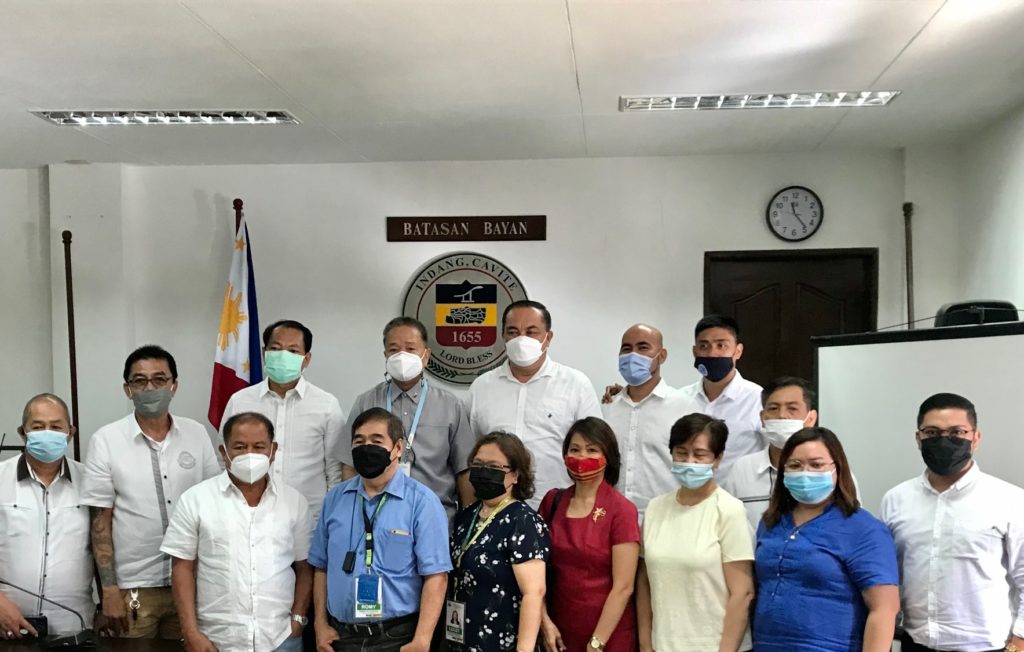 The Main Campus released on June 1, the result of the college admission for First Semester, 2021-2022. Out of 32,236 applicants who registered online, only 6,240 applicants can be admitted due to limited capacity.

Connections and relationships have been quite challenging to maintain in this pandemic, more especially to educational institutions that highlights the importance of teacher-student interaction to optimize the best potential of learning. 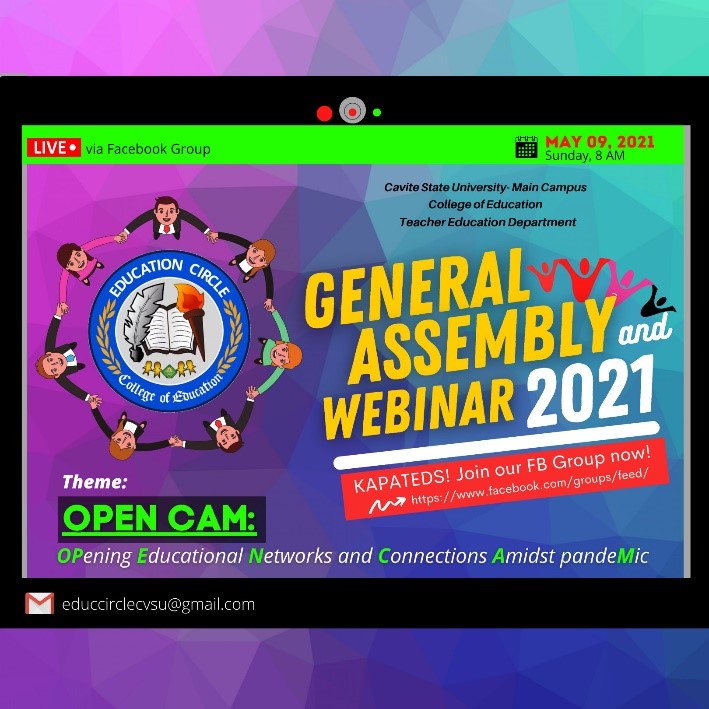 Aimed at eliminating barriers in employment and digital divide amidst pandemic, the Department of Entrepreneurship of CvSU – Imus Campus successfully spearheaded the “PREP (Preparation for Relevant Employment Prospecting) Career Talk,” together with the Cavite Young Leader for Entrepreneurship (CYLE), an online skills enhancement training for BS Entrepreneurship students held on 28 May 2021 via Zoom. 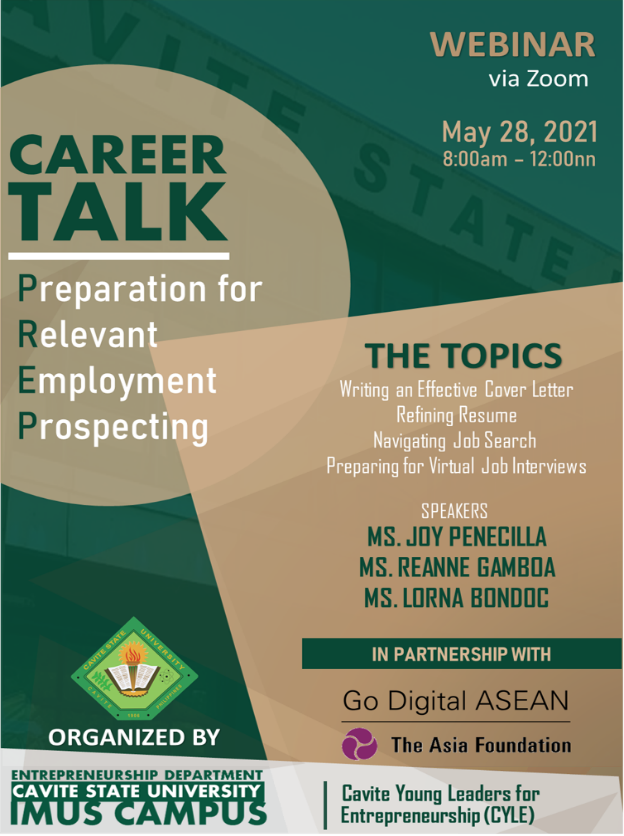