The Cavite State University GAD Resource Center in partnership with the  Provincial Government of Cavite, Regional Inter-Agency Council Against Trafficking and Violence Against Women and their Children (RIACAT-VAWC), and the Regional Inter-Agency Council Against Child Pornography (RIACACP) of CALABARZON conducted the Regional Kick-off Activity in the observance of the 18-Day Campaign to End Violence Against Women, International Day Against Trafficking (IDAT) and Human Rights Conciousness Week on November 26, 2018, 7:00 am-3:00 pm at the University Quadrangle. 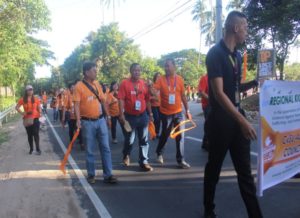 Dr. Hernando D. Robles, President of Cavite State University emphasized in his message that the university is a Four-Year Awardee as Most Outstanding State University in GAD Implementation in Calabarzon by the Regional Development Council Region IV-A and is committed to End VAW in the CvSU community. 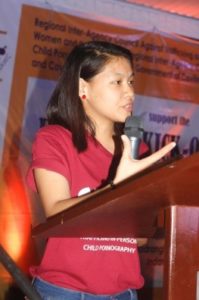 The activity started with the Parade from the Municipal Building of Indang, Cavite going to the University Quadrangle and was participated by Cavite State University Administrative Council Members, student leaders, MOVE Officers, MR GAD KATROPA Trainers, Indang Association of Persons with Disability, Inc, League of Barangay Captains of Indang, and representatives from the provinces of Laguna, Rizal, Quezon, and Cavite. 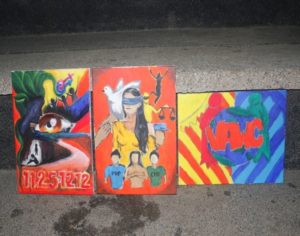 The activities include the Orientation on the RIACAT-VAWC and RIACACP by Ms. Amanda Lee R. Centeno, Secretariat of the RIACAT-VAWC and RIACACP; Gender Based Violence (GBV) and Violence Against Women by PCI. Averil Pimo-on, Chief, Family, Juvenile, and GAD of the Philippine National Police PRO-IV-A;  Value of Human Rights by Ms. Brigette Dulay, Information Officer III of the  Commission on Human Right; Fight Against Online Sexual Exploitation of Children (OSEC) and Human Trafficking by Ms. Mellanie Olano, Reintegration and Aftercare Partnership Specialist of the International Justice Mission; Signing of Memorandum of Agreement between Non-Government agencies and the RIACAT-VAWC; Poster Making Contest; and Pledge of Commitment to End Violence Against Women. 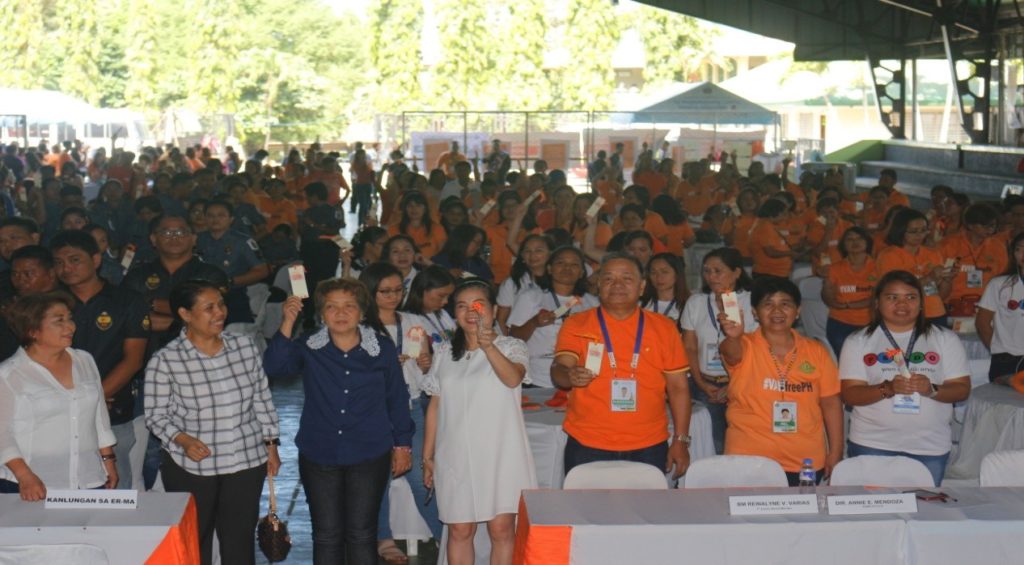