“Outstanding Filipinos are defined by character, competence, and compassion. They embody the meaning of “Beyond Excellence” for rendering service above and beyond their call of duty as educators, peacekeepers, and defenders. Their contributions speak of not only caliber, but also of heart and community presence.” –  Aniceto M. Sobrepeña, President, Metrobank Foundation Inc.

Cavite State University alumnus, P/Capt Rosalino E. Panlaqui was hailed as one of the 2022 Metrobank Foundation’s 10 Outstanding Filipinos. The winners were introduced to the public via a virtual press conference on August 4, 2022. As Jalajala, Rizal Municipal Police Station Chief, P/Capt Panlaqui “implemented the adoption and institutionalization of programs empowering citizens to improve their conditions.”

Other awardees include four teachers and five other men and women in uniform. According to the foundation’s official Facebook page, “the teacher-awardees have proven that mentorship is crucial in a learner’s journey, especially during a crisis; while the soldiers and police-officer awardees, on the other hand, live up to the values of industry and the integrity of their institutions.”

Each awardee will receive ₱1 million cash prize, a golden medallion, and The Flame trophy during the conferment ceremonies which will be held in September, coinciding with the celebration of Metrobank’s 60th anniversary.

P/Capt Panlaqui is a BS Business Management major in Economics Batch 2003 graduate from the College of Economics, Management and Development Studies. He has been serving the police force for 16 years now. 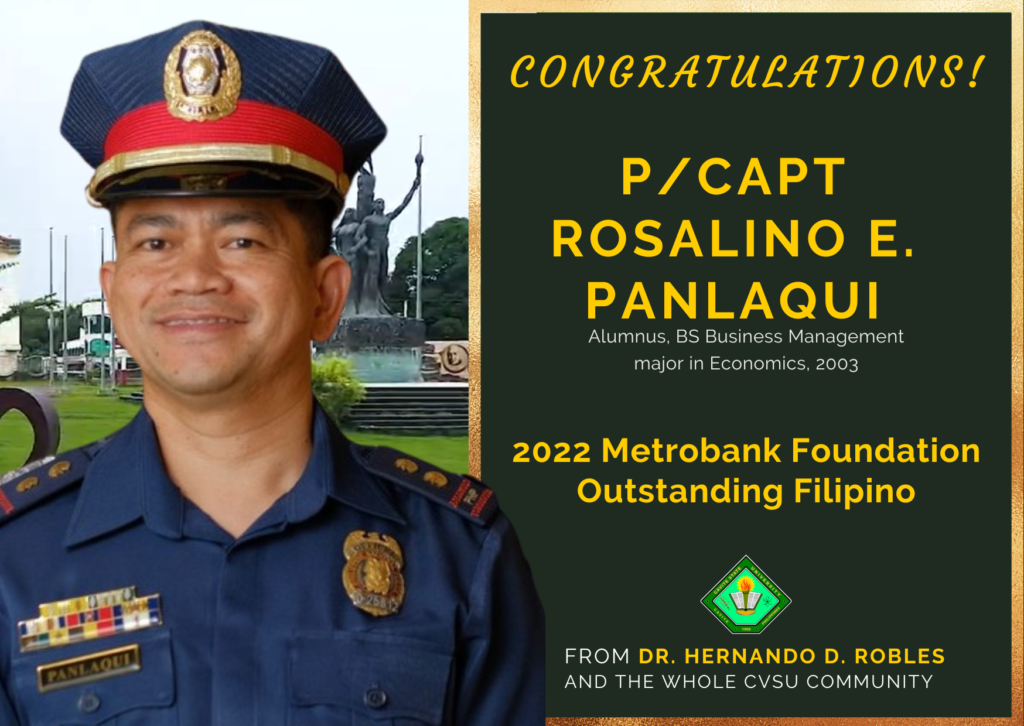