Celebrating the triumph of conquering the challenges posed by the pandemic in the sports sector, the 6th Southern Tagalog Regional Association of State Universities and Colleges’ (STRASUC) Olympics 2022 hosted by Cavite State University-Main Campus concluded victoriously on 08 December 2022.

Represented by Mr. Enrique Magalay Jr., STRASUC Chair Dr. Levy B. Arago Jr. extended his congratulations to the organizers, committees, athletes, and the winners of the Olympics this year. CvSU President Dr. Hernando D. Robles also expressed his greetings to the winners of the sports events as well as his happiness on how camaraderie was celebrated by the 12 SUCs during the 7-day event. In his speech, Dr. Robles also shared that he is confident that CvSU can successfully host the SCUAA Olympics in 2023 through the solidarity of the Southern Tagalog Regions and the support of other SUCs and CHED Commissioners.

In his closing message, Dr. Aguirre, president of State Colleges and Universities Athletic Association of Sports Directors (SCUAASD) lauded the efforts of the CvSU community on its successful hosting of the STRASUC Olympics 2022.

Below is the table of the top five performing schools in the STRASUC Olympics 2022: 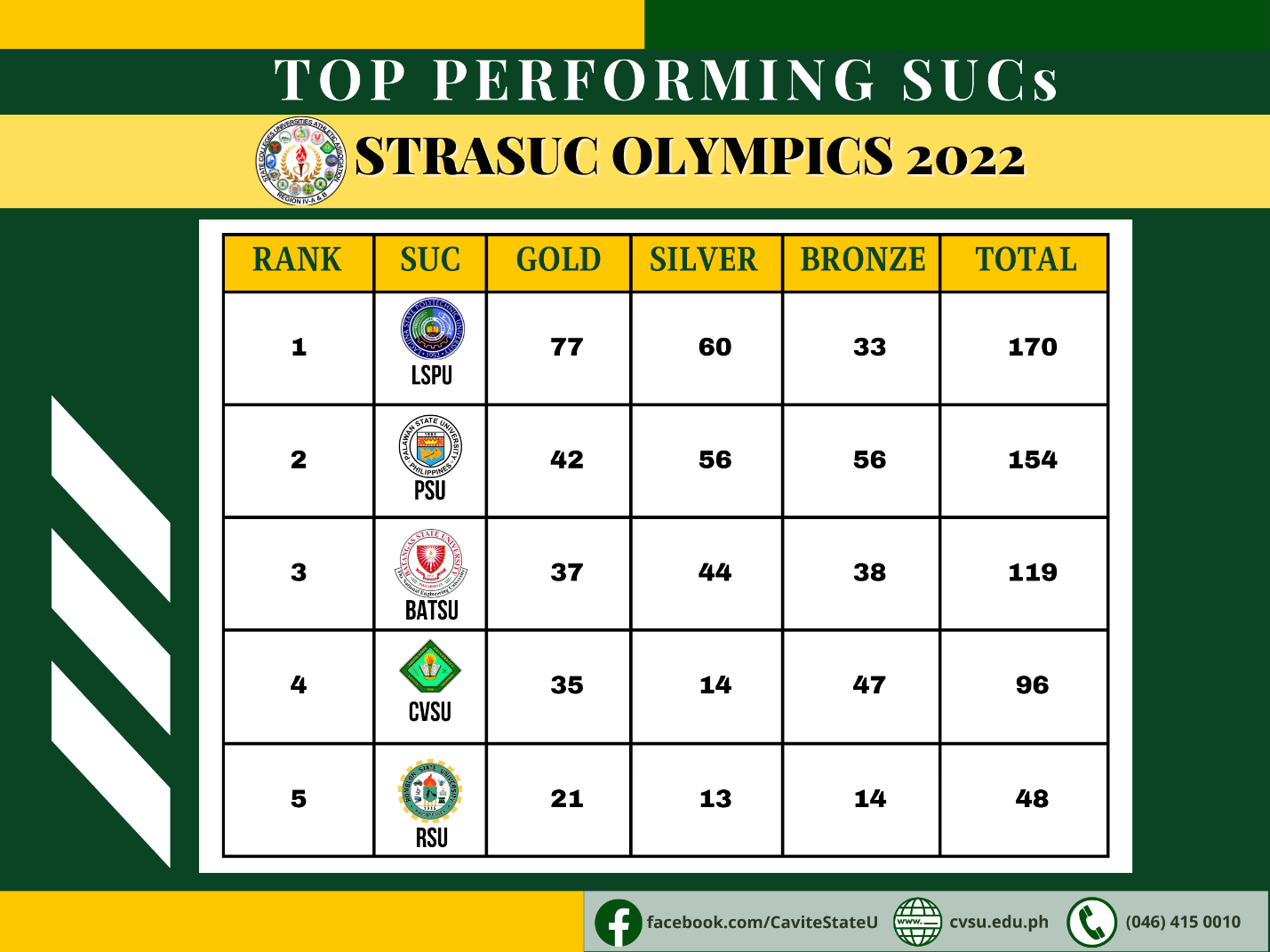